/ Gündem / Two Ways for Kurdish National Movement: The Examples of Catalonia and Basque– V. U. Arslan

Two Ways for Kurdish National Movement: The Examples of Catalonia and Basque– V. U. Arslan 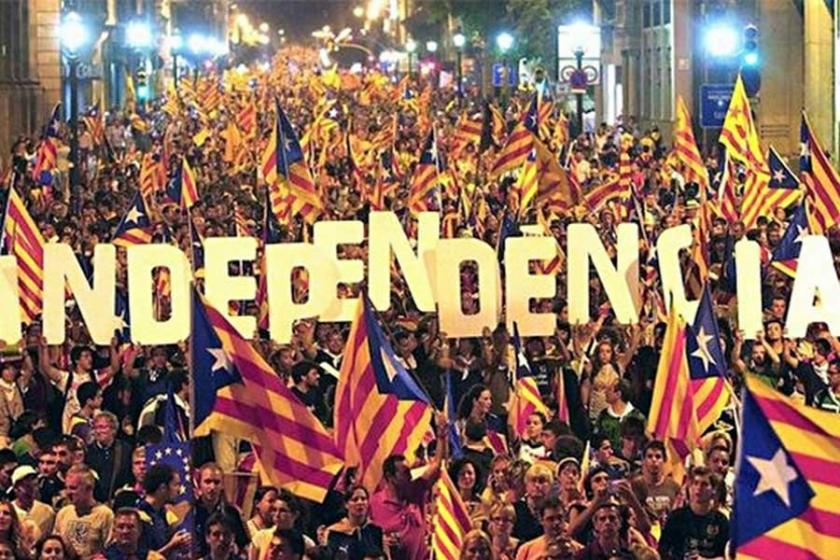 We were in Catalonia on the occasion of the Barcelona Conference where the establishment of International Socialist League (ISL) was announced. We had a chance to make some observations for a week. Catalonia and its capital Barcelona had witnessed strong national struggles in recent years. Thus, in the context of the national problem, Catalonia is now ahead of the Basque Country which had witnessed turbulent national struggle in Spain. Despite the fact that Kurdish and Catalan or Basque national movements have different dynamics and struggle methods , it is possible to identify certain similarities and differences used by each movement. The Kurdish national movement also frequently gives references to those “models”, to make assessments and comparisons. Thus, we came across with some symbols of solidarity  with Kurdish movement in Barcelona. Well, what does the Catalan experience mean for the Kurdish national movement? There a part of thi issue that is not dwelled on. This debate is quite deep . Well, let’s explain what we’ve seen. 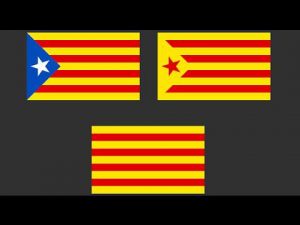 It is impossible not to feel the political atmosphere in Barcelona. Catalan flags are waving all over the city on balconies, windows and walls. By the way, there are three kinds of Catalan flag. The first is the official flag of the Catalan autonomous region with yellow and red colors. The second is a flag with a blue triangle and a star, which is inspired from the Cuban independence war against Spain at the end of the 1890s. And the third is a flag with a yellow triangle and a red star, and it’s favored by the left-socialist Catalans. Everyone chooses a flag according to their political tendency. We see the popular support to the imprisoned Catalan leaders with the banners all over the city. The situation came to a point that can be considered unusual for Western Europe, such that politicians convicted and some of them had to leave the country.  As can be seen from that, the Catalan mass movement is unsettling the rule of Spanish state. It should also be noted that the Catalan movement cannot find support from the EU. But the fact that the EU passed over this issue in order to prevent the economic and political crisis in Spain does not mean that the Catalan question is over now.

Catalonia is smaller than Konya in terms of its surface area, but it is home to more than 7 million people and is the richest area of Spain. The Basque Country is another rich region. Therefore, there is a need to discuss nationalism in those regions, but we will not do it in this article. Indeed, a part of the Catalan bourgeoisie is separatist but also in favor of doing it in a contractual way with Spanish state. But the mass movement that make hundreds of thousands hit the streets has a leftist character. The attempt to establish links with the laborers of Spain is only seen in the socialist revolutionary wing. In the elections, the Catalan nationalist center right and center left lead the way. Catalonia began to simmer with the Catalan Council’s unilateral referendum decision. Even though the supporters of independence was ahead according to the polls, the gap was not big. It is seen that the parties who supports the unity can have almost half of the votes in the elections. It is said that migration to Catalonia to find a job has an effect on this.

In brief, the Catalan independence struggle is not a flash in the pan. We are talking about a movement that can make millions hit the street, organize strikes, and exert great pressure on Madrid. What the Spanish state can do is limited in the face of such a struggle.

The Basque Country, like Catalonia, has very deeply rooted old problems with the Spanish state. Parallel to this, great struggles were given for autonomy and independence throughout history. The most important difference is the armed struggle. Born from the Basque national movement, ETA has a history of more than 50 years of armed action. There were still more than 300 ETA militants in prisons, after ETA laid down their arms two years ago.

One of the most important factors that caused the ETA to lay down arms was the pressure of the Basque people. It was so obvious that the armed actions had not gained anything and defeated, therefore, ETA is thought to be too late to dissolve itself. Madrid had the opportunity to handle the Basque problem as a matter of terror and security. When someone lost its life because of the ETA actions, millions were pouring into the streets in Spain. The mass actions in the Basque Country, the power of the street and the workers could not find a place for themselves in the shadow of the barrels. Consequently, the Basque national movement is in a long-term recession.

In these circumstances, Catalonia left Basque behind and made progress. The Basque issue seems to be going through a period of convalescence, but it’s not an issue to be over yet. The massification and the power of the street in the Basque Country will not hesitate to show itself when appropriate conditions are suitable. 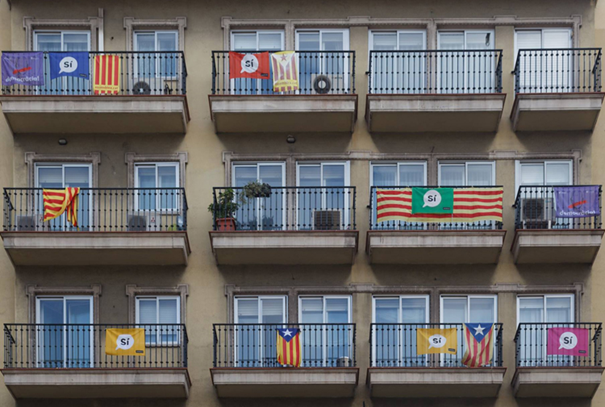 Kurdish Movement, the Catalan Way or the Basque Way?

The Kurdish national movement can be compared to the Basque example rather than the Catalans in terms of its leadership and methods of struggle. Can the questions which have been asked for ETA in the Basque Country can  also be asked for Kurdish national movement? Of course, we are aware of the boundaries of similarities. The Kurdish geography is much larger, much tougher and much more intertwined with international forces. But still, the picture for Northern Kurdistan is slightly clearer. Is there a place for the guerrilla war in Kurdistan in Turkey to go to? Or should a mass and urban-based resistance be placed at the center of the struggle for democratic and national rights? The process of Demirtaş, HDP and June 7 (elections in the peace process with Kurdish Movement) showed that a different path could be achieved. A perspective that tries to win workers in the West, as well as mass struggle and class antagonisms, can create huge differences. Let’s put aside class politics, the Kurdish national movement has not even chose an HDP-centered model in the recent rifts, and eventually payed a heavy price.

Different geographies, different balances and different dimensions… Okay… Yet, it is unquestionable that the Catalan and Basque struggle models and experiences are the two different options in front of Kurdish National Movement.