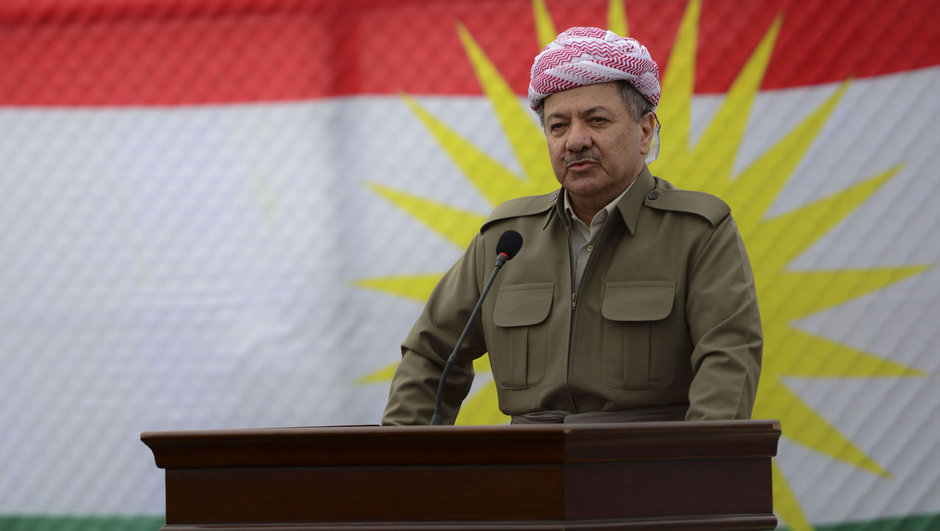 Barzani insists on his decision of conduct the referendum for division of Kurdistan, despite all disapprovals and menaces but even a few days would be enough for changing plans in Middle East. We will see. So, what should be the reaction of proletariat masses and revolutionists in Turkey?

New State of Kurdistan will be the Barzani’s land, alright.

New Kurdistan will be ally of US and Israel, alright.

These are the facts, but if the issue is taken in that way, we will have the right for asking these questions: Whose farm is Turkey? State of Turkey is long-termed cooperator of US and Israel in its area, isn’t it?These are, also, facts. Another fact which is sould be accounted is national aspiration of Kurdish public. They have been oppressed under severest condition at least for a hundred years. Whereas there are such a pain and cost, will we say “ Your national aspirations are in vain, wait until socialists take the power in the Middle East.” to Kurdish labourers?

A class-conscious worker who is away from Chauvinism does not reveal the problem like that. If he/she revealed, he/ she knows to loose her/his Kurdish class brothers and sisters. Neither Erbil, nor Diyarbakır is not the largest Kurdish city. It is Istanbul, that’s why the place where the Kurdish problem will be solved is İstanbul.

This is called unity of Kurdish and Turkish workers in class struggle. Class conscious workers should indicate that Kurdish people the right to self determination, they are the most consistent internationalists who struggle against Chauvinism. Trust relationship and strong ties for struggle among them will be developed only in this way. This issue is essential for absorbing Kurdish workers into socialist front.

The unity of Turkish and Kurdish workers in revolutionary struggle cannot be enabled without recognition of the right to self determination of Kurdish people. If you say to Kurdish people, who were massacred in Halabja with poison gas attack, that “You cannot be independent.” with some excuses, no matter what you do you will not be able to ingratiate yourself. Kurdish people have a scent for Chauvinism and implicit nationalism.

In this case, objection of approaching referendum due to several causes as Barzani, Israel means joining into Chauvinist campaign in Turkey. A revolutionist’s duty is being against of imperialist aggressive policies of her/his country. Namely, in the issue of Referendum of Kurdistan, primarily, we should take a stand against occupation and attack threads.

There is another critical point that should be given attention in Kurdish Question. Barzani’s connection with US and Israel is obvious but People’s Protection Units’ (YPG) close cooperation with US in Rojava is. Besides,it is obvious that Kurdish Movement’ relation with US and EU is very clear. In these circumstances, denying the Referendum because of Barzani’s US and Israel connection means denying self determination program of Kurdish people, too. Lenin’s the Principle of Self Determination expresses is that being aware of bourgeois program and still support the right to self determination of the opressed nations, including division right. Lenin emphasized that an imperialist force’s taking advantage of the situation is not a valid reason for denying Self Determination Program.

This is emerging point of revolutionists in Turkey. Liberals or nationalist Middle East experts’ and diplomats’ chauvinist analyses are null for us. Revolutionists have,also, so many things to do different from journalism and analysm.

We do not meet no solution other than make imperialist capitalist cruelty, stop fraternal wars in Middle East. Its way is proletarian movement which will come from Istanbul, Antep, Izmir etc. will achieve this goal. But the precondition is the unity of Turkish and Kurdish workers. This will reveal the power that smash so called “clash of civilisations-identities” of the imperialist capitalist system.

Ask again: Is not Barzani a terrible master, boss, cooperator? Yes, he is. His account will be settled by Kurdish revolutionists that had get rid of tough national problem. In a large number of Kurdish revolutionists will fight with their nationalism in Kurdistan, protect minorities, stand against of annexations, occupations, national wars; they will be the warrior of internationalism to make socialism strong again. Our all effort is comprising a revolutionist Marxist network in the Middle East. Keep in mind that essential responsibility belongs to us, Marxists in Turkey. Our merging point in Kurdistan Referendum is the right to self determination of the oppressed nations and unity Kurdish and Turkis workers in struggle.