On Trotsky Series and October Revolution in Russia – Emre Güntekin 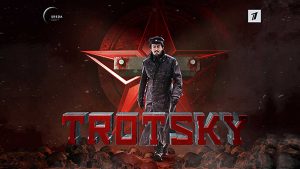 There are many examples of transformations of revolutionary figures into an object of consumption for the popular culture. As in the case of Che Guevara, capitalism puts the popularity of revolutionarist leaders through a brutal commoditization process. However, some of the revolutionarist names are mostly avoided or if the names are referred, they are subject of the most vulgar imputations and historic distortions. The fate of Trotsky, one of the greatest revolutionaries of the 20th century, is no different. Lastly, in November 2018, Netflix published the Trotsky series in Turkey which was first published by the Russian state television Channel One because of the 100th anniversary of the October Revolution. First of all, it is important to note that if you want to watch series, we recommend you read the history of the October Revolution and the life of Trotsky. Because the viewer will be faced with many sub-texts throughout the sequence, including huge distortions, historical mistakes, anti-Semitism and hostility towards revolution. In fact, even attempting to refute these sub-texts alone will be enough to produce an entire book collection of October Revolution and the Trotsky.

Russian state television, of course, does not bring up a revolutionary symbol like Trotsky out of blue. Today, the Russian state tradition, which has become synonymous with Putin’s personal authority, has a very selective understanding of the legacy of the October Revolution. The most obvious aspect of this approach is the serious distinction between the pre-Stalin and post-Stalin period. In 2016, Putin expressed the following about Lenin: ‘It is right to steer the stream of thought, only we need this thought to lead to the right results, unlike in the case of Vladimir Ilyich. Because, eventually, this thought led to the collapse of the Soviet Union, that’s what it led to. There were many such thoughts: autonomation, and so on. They planted an atomic bomb underneath the building called Russia, later it blew up. Nor did we need the global revolution either. There was this thought there, too,’ There is no need to state who was the most fervent defender of the idea, ’global revolution’, in the Soviets which is criticized by Putin. Of course, it is no surprise for Putin to draw a line between himself and Bolshevism which was built around the thoughts and actions of Lenin-Trotsky: disregarding of the great Russian chauvinism, the freedom and right of self-determination to oppressed people, elimination of international capitalism. It is very compatible with the nature of goods for czar of the 21st century to keep himself apart from these policies.

In the documentary about his own life, Putin had expressed his opinions about communism: “Maybe I’ll say something that someone might dislike, but that’s the way I see it “There were those years of militant atheism when priests were eradicated, churches destroyed, but at the same time a new religion was being created. Communist ideology is very similar to Christianity, in fact: freedom, equality, brotherhood, justice – everything is laid out in the Holy Scripture, it’s all there. And the code of the builder of communism? This is sublimation, it’s just such a primitive excerpt from the Bible, nothing new was invented.” He also compared leader of the Bolshevik Party –Lenin– to Christian saints. Today, the issue of Lenin’s body (rather will it continue to be exhibited on the Red Square or to be buried) is still a matter of discussion; Putin lets the figure of “Lenin” to have his part in the official history as an “old statesman” and a harmless icon.

The Series “Trotsky”: Anti-communism couldn’t be portrayed better than that!

Trotsky appeared in many spheres of popular culture until today. Films (Assassination of Trotsky, Stalin, Frida, the Trotsky…), music albums (“Permanent Revolution” of the band Catch 22) and fictions (lastly- Patrick Deville’s “Viva”)… He even appeared in the mainstream TV series of Turkey “Payitaht Abdulhamid” for a short scene. However, he hasn’t been a subject of defamation and falsification in those pieces as much as he is in the Russian production TV series “Trotsky”. The series starts with scenes of the period of revolutionary war against the White Army. From the very first scenes, we see pornographic scenes of Trotsky and Larissa Reissner as well as Trotsky and Frida, all along the series. The problem, rather than the existence of those scenes, is the depiction of Trotsky as a rude and arrogant figure through these relationships and the fact that the historical positions of these women are totally ignored. Trotsky’s wife, Natalia Sedova, is not more than a cowed mother in the series. Her camaraderie and struggle along with Trotsky that lasted for decades is melted in the pot of family affairs.  Trotsky tells his life story to the Canadian journalist Frank Jackson, who would kill him in the end of the series. For those who know Trotsky’s time in Mexico, it is nonsense that a person, especially for the one who introduces himself as a Stalinist, to enter his house freely. After we witness Trotsky makes acquaintance with Lenin and joins Russian social democrats, we come to the main themes of the series, anti-Semitism. Here, Alexander Parvus who had a close relationship with Trotsky until the 1905 Revolution and influenced Trotsky theoretically (owning an important place in Russian social democratic movement) is examined and shows how he ‘designed’ Trotsky as a project and that the German state supported him.  The series has a farcical narrative of the October Revolution! In the episode about the uprising, neither workers as the main subject of the revolution nor a Bolshevik Party that mobilizes huge masses exist. The only thing that is portrayed as a party is nothing more than a few party administrators that submit to Trotsky’s rough impositions and Lenin, uninformed about the uprising. For sure, Kronstadt sailors took part in the revolution as it is shown in the series; the primary striking power was the working class. Rather than a military coup or conspiracy of Trotsky –as the producers of the series picture- the revolution was a feast in which the lower classes of the society and the oppressed mobilized altogether.

Moreover, the Bolshevik Party was not controlled through oppression and tyranny by Lenin and Trotsky. On the very contrary, the success of the model of Bolshevik Party was about placing intra-party democracy alongside its tight centralism. Both Lenin and Trotsky had to struggle hard in order to win the party to their sides. A contrary narrative is only possible by the malicious intentions and anti-communist approach of producers/scenarists.

Lastly, we should note: the final scenes of the series reveal what the producers try to do. As known, Trotsky was murdered by a GPU agent, Ramon Mercader, who hit him with an ice pick. In the series, Trotsky loses himself and attacks Jackson (Mercader), therefore he accidentally kills Trotsky while trying to defend himself. Beyond the falsification of reality, it will be etched into memories as an example of historical immorality.

As long as capitalism exists, Trotsky would be a source of fear not only for Russian oligarchs and tsar Putin, but for all capitalists. The name ‘Trotsky’ has inevitably become synonymous with the ideals of world revolution not only for revolutionary Marxists, but also for capitalists. The secret lies in Trotsky’s struggle. Trotsky is the most important figure, after Lenin, which holds the clean flag of revolutionary struggle against the garroting of Russian revolution by Stalinism, vitiation of Marxism and the rise of fascism. When Trotsky and his comrades waged a great struggle not only against the international imperialist capitalist system for the success of the world revolution from the death of Lenin, but also against the Stalinist bureaucracy, which became the emergency hammer of the capitalists in this regard; he himself, his children, and his many companions have paid with their lives. However, the legacy of a historically justified case remains. Today’s Revolutionary Marxists will continue and maintain the struggle in almost every corner of the world in order not to drop the flag of this just cause.