/ English / A Brief Summary of the Class Struggle in Turkey during the Economic Crisis-V.U. Arslan

A Brief Summary of the Class Struggle in Turkey during the Economic Crisis-V.U. Arslan 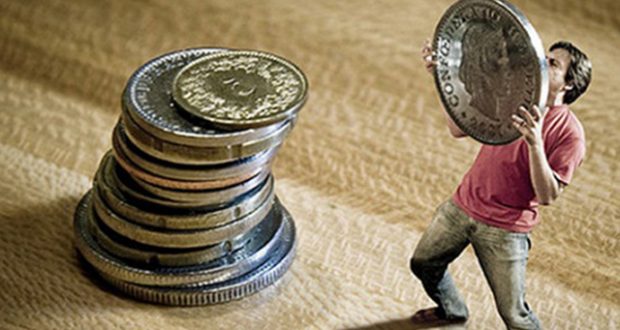 Lower classes in Turkey are facing severe consequences of the deep capitalist crisis. In April and August, Turkish economy suffered two currency shocks. In October 2017 1 Dollar was 3.70 Turkish Lira but now (in October 2018) it is 5.60. Dollar in August had risen up to 7.20TL. This forced the Central Bank to raise interest rates from 18% to 24%. In addition, Erdogan was forced to step back from tensions with the EU and the United States. Other than these, TL could only be balanced by the slowdown of economic fluctuations in so called the developing (!) capitalist countries. Currency shock and upgrading the interest rates will force the economy shrink rapidly. Turkey will spend 2019 in recession.

Even though AKP government fiercely denies the existence of the economic crisis, the situation is too obvious to be denied. For example, automobile sales figures have fallen to the number of major economic crises in 2001 and 1994. Erdogan is getting more and more annoyed when such figures are announced. When inflation rates were announced in September, the head of the state statistical institution was dismissed. Because the figures indicate that inflation in September has increased from 17.9% to 24.5%. This inflation rate made last month’s hike in the interest rates ineffective.

High inflation and low growth rate means stagflation, which describes Turkey’s reality. AKP hates the fact that this truth cannot be concealed. They hate because AKP’s main hegemonic discourse based on “economic stability” and “growth”. They say economic crises and high inflation were indicative of the “old Turkey” and these were left behind by Erdogan rule. Therefore, AKP can only present the economic crisis as a conspiracy that wants to prevent “the rise of Turkey”. To convince people to strong Turkey propaganda Erdogan had created artificial crises with USA, EU and Israel. In all of these international crises, he was the one who stepped back.

Turkey has a very large foreign debt. Turkey’s external debt stock was $486.67 billion, more than half of its GDP- gross domestic product (52.9%) at the end of August 2018. The private sector’s share in this debt stock was 70%. As a result, thousands of companies are on the cliff edge. Even the largest capitalist groups are applying for debt restructuring to banks. Recently bankruptcy news are chasing each other. Survival of the small business owners in this winter will be quite difficult.

After the collapse of 2001 crisis, the Turkish economy had developed rapidly until 2008. Thanks to cheap labour on the border of EU and boom in the domestic consumption, the Turkish economy grew rapidly. AKP has benefited from this growth story very much. Turkish GDP nearly tripled from $200bn in 2001 to $764bn in 2008. The same economic conjuncture had given the similar results in peripheral capitalist countries. On the other hand, this convenient period was not utilized for Turkish economy’s structural problems such unproductivity, technological backwardness and lack of education for skilled labor. Instead of these the economic resources has been spent for AKP’s ultra-expensive prestige projects.

World economic crisis of 2008 ended the period of this growth and the following year saw a recession in the Turkish economy similar to world economy. However, AKP government forced the economic growth by borrowings and continuation of the growth in the consumption expenditures.  The economy has been increasingly dependent on speculative money and cheap credit flowing from western countries to keep growth levels up.

The world economic conjuncture changed since 2013. Speculative money began to return to the home country, the United States. From that date, TL began to depreciate against the Dollar. Although this new process was already announced by FED AKP did not take any measures because slowdown of the consumption could affect the election results negatively for AKP. In addition, high consumption requires high level of imports and borrowing. However, paying the debt by new debt is very hard and expensive. Therefore, the crisis has come very openly. Now Erdogan desperately tries to way out of the crisis by borrowing and keep the economy survive by flooding the market with cheap credit. However, as always, somebody has to pay the debt, eventually.

Turkish economy is highly dependent on imports. This dependence is not related only demand for consumption products of imported goods and energy but also the intermediate goods for the local industry. On an average 65% of the exported goods consisted of imported materials. So Turkish economy is extremely dependent on Dollar. This makes the economy very sensitive to foreign exchange fluctuations. 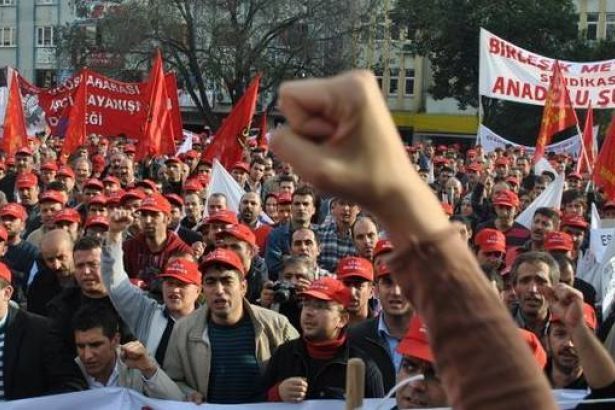 Crisis and the Class War

AKP is trying to save the capitalists with cheap loans provided by state banks. These are the detriments of the public banks. This means AKP put on the high indebtedness on the shoulders of the ordinary people. However, they still will not prevent thousands of companies from bankruptcy.

Naturally, boom in unemployment will be inevitable. The first signals of this situation began to arise. On the other hand, there is a large increase in the cost of living. Basic food items are more expensive than the previous year at least 50% on average. Electricity and heating prices also increased by more than 50%. It will be difficult winter for working class families. Nevertheless, the issue will not end at that point.

Erdogan will wait for March2019 local elections to pass and then most probably invite IMF for financial aid. It is certain that, after the elections AKP government start to implement social cuts, which will increase the poverty.

In spite of the crisis, AKP feels confident because: